Thank you to the Japanese Air Self-Defence Force, the Koku-Jeitai…

Last Friday I was privileged to attend the farewell lunch for the Koku-Jeitai, the Japanese Self-Defence Force contingent who came to Australia to provide airlift support throughout Australia in response to Operation Bushfire Assist. 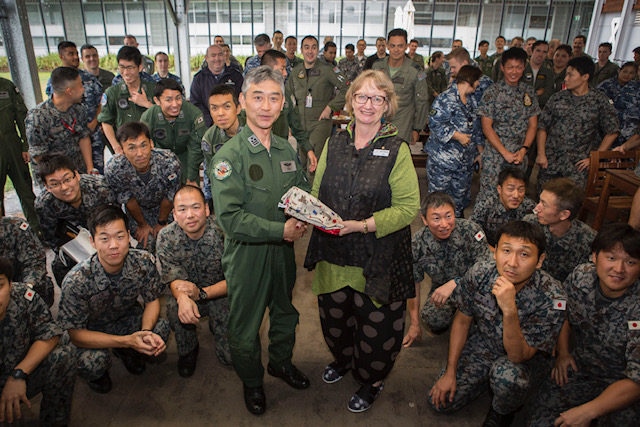 In 2011 Australia sent C-17’s to assist Japan in their time of need and the Japanese were very pleased to be able to return the favour and come and provide assistance in our time of need. 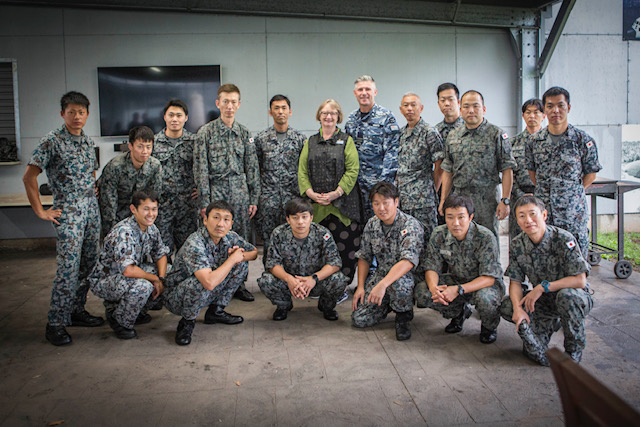 Fortunately, when the opportunity presented itself for Aussie Heroes to express our gratitude for their service to Australia, I had sufficient laundry bags on hand.  My covering letter was translated in to Japanese, as was my speech on the day. 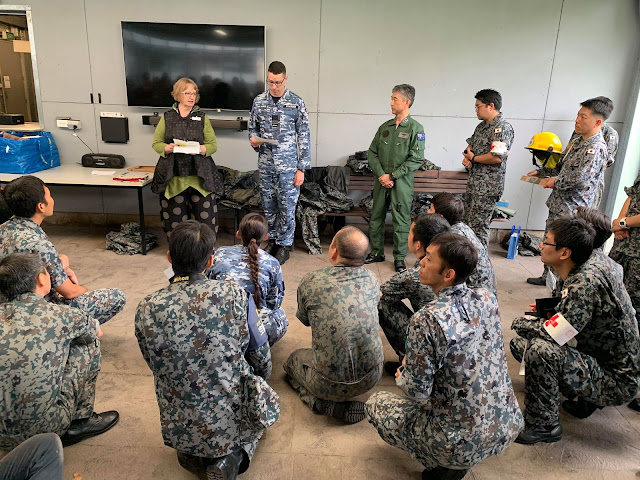 Several presentations were made during the official part of the lunch.  One of the members of 37SQN is also a volunteer firefighter and he presented the contingent wiht a beautifully mounted Fireman’s helmet.   After a few words, which were translated into Japanese, I presented he Commander of the contingent, Colonel Ota Masashi, with one of the laundry bags. The bags ranged from Australian in theme to superheroes (very popular) and everything else we usually make our bags out of.  The one that I presented to Colonel Ota featured Sydney icons like the Harbour Bridget and the Opera House.  After the formalities, Colonel Ota and I exchanged a few words and I pointed out that the bag he had features pictures relating to Sydney.  He said the Opera House and smiled, telling me that he had been there 25 years ago on his honeymoon, so the bag brought back other lovely memories for him. 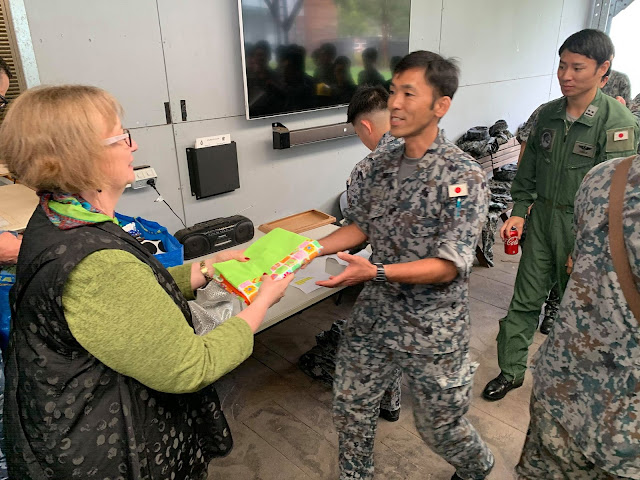 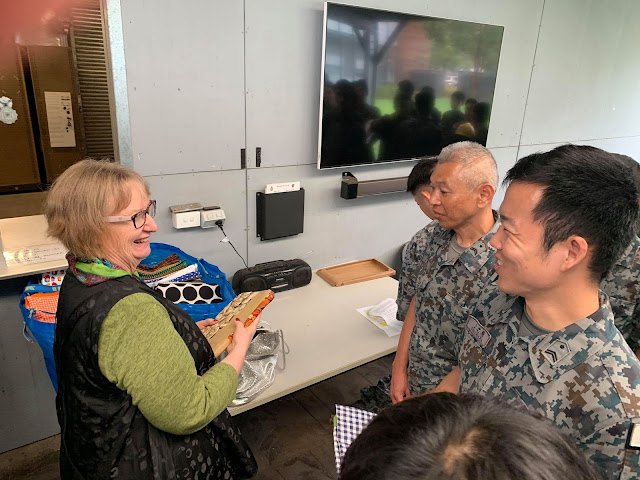 COMBAT Magazine has written a lovely article about the Farewell and Thank You lunch at 37 Squadron which you can read here
Till next time……………………..keep spreading the word and happy stitching.
Jan-Maree xx