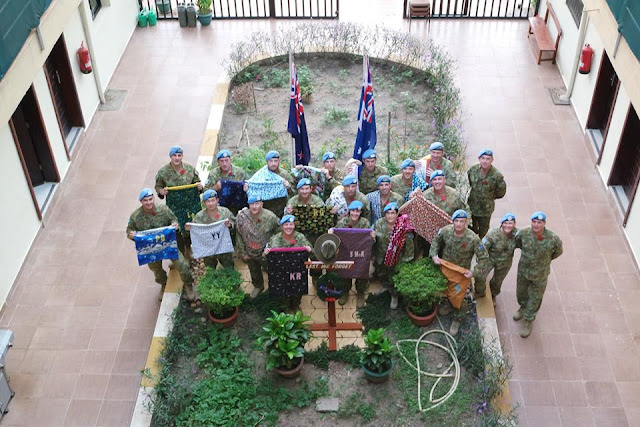 Our current peacekeeping contingent in South Sudan with the laundry bags we surprised them with (all sewn by Sue G)
Peacekeepers
Waaaay back in November 2012, nearing the end of our first year in operation as Aussie Heroes, I received an email from a RAAF Warrant Officer asking if I would consider including him and his 18 fellow peacekeepers who were at that time serving with the United Nations in South Sudan.   Did we have people in South Sudan???? I had no idea.  I asked for more info and he sent me plenty, enough to write some blog posts and tell everyone about them.
Three years on and I sometimes think that the only section of the general public who knows that we have peace keepers serving in places like South Sudan, the Sinai in Egypt and Israel is us, the Aussie Hero public.   I mention our peace keepers when I give presentations about Aussie Heroes and what we do and often noone has any idea we have any.
I am usually fairly diplomatic about things like this as it does not our sailors, soldiers and airmen and airwomen are serving around the world unless there is an operational security reason for secrecy.  Unfortunately our peacekeepers do not get much press.
When a past recipient, Phil, wrote an opinion piece for New Ltd I knew I had to share it. I hope you will take the time to read it.
Before I leave to to read it though please know that our contingent in South Sudan now has its own FACEBOOK Page. I have been following a United Nations Mission South Sudan page for the last few years and have RARELY seen an Aussie face on it but with the new page, only launched this year, it features the Aussies and lets you know what they are doing. I hope you will check it out and LIKE it. Let our guys and girls know that we know they are there and are cheering them on.
It is called Australian Defence Force in South Sudan and you can find it here
Now please have a read of Phil’s piece……. 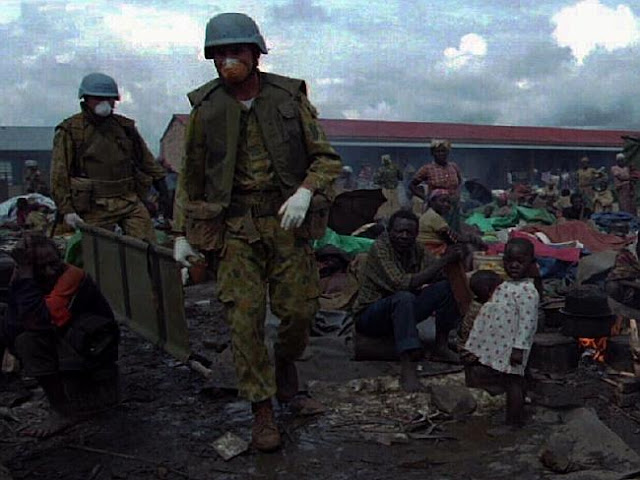