Post Views: 2
In June last year I announced a new Mystery Quilt. HMAS Darwin had to send a young Able Seaman Boatswain’s Mate home from deployment as he had developed a hip complaint.   His name was Able Seaman Cameron Green.  We published his name with his blessing and that of his family.   On his return to Australia Cameron was diagnosed with Osteosarcoma, a type of bone cancer.
You can find the rest of that post here and a related one here 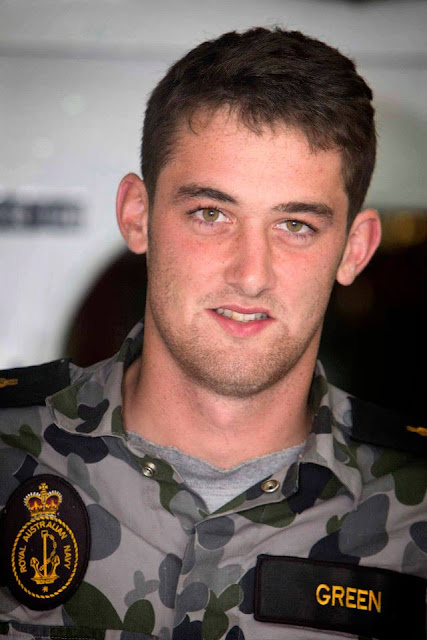 You can read the posts yourself if you wish but of course Aussie Heroes elected to make Cameron a quilt and laundry bag in the colours of his favourite soccer club, Arsenal. 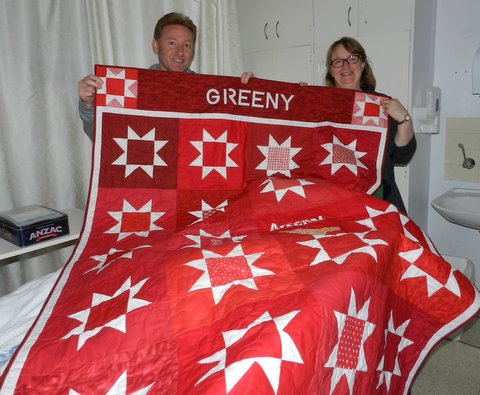 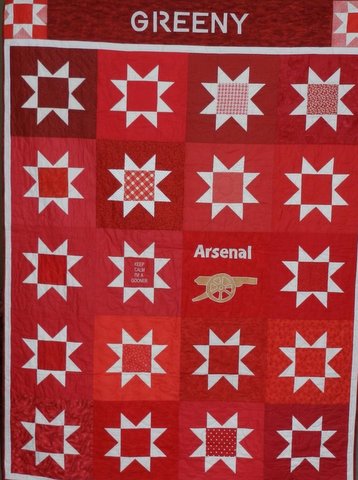 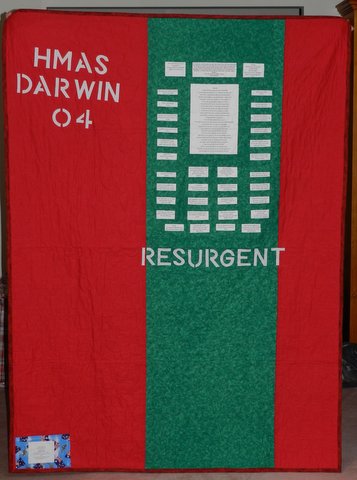 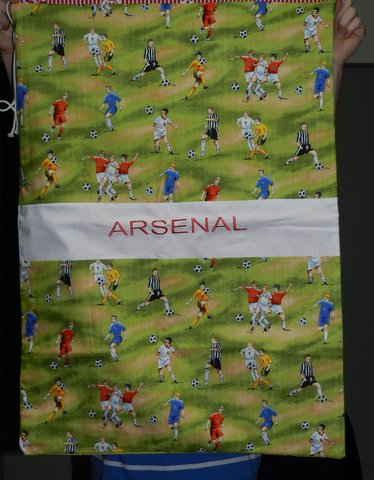 The Commanding Officer’s wife, Maridy Morrison, and I attended the hospital together to present the quilt to Cameron who had his father, Rob, with him at the time.   Rob later told us that the quilt really picked Cameron up. It had been designed so that he could lie in bed with the quilt on him and, when the mood took him, he could just peel back the top and read the messages from his mates.    My enduring memory of presenting the quilt to Cameron is him doing just that… lying back reading the messages on the quilt from all his mates.
It is with deep regret that I inform you that Able Seaman Cameron Green was farewelled today in Bridgeman Downs QLD with a wake being held at the Kedron Wavell Services Club.
The family asked that in lieu of floral tributes donations may be made to Karuna Care via the following link
(HTTP://KARUNA.ORG.AU/HOME.HTM /
HTTPS://SECURE4.EVERYDAYHERO.COM.AU/EVENT/KARUANADONATE/DONATE)
or to Red Kite via this link
(HTTP://WWW.REDKITE.ORG.AU/ABOUT-US/
HTTP://WWW.REDKITE.ORG.AU/DONATE-MEMORY)
I have published the details just in case any of his former crew-mates who are no-longer with Darwin are interested.  I also have the details should anyone who knew Cameron like to send a card or letter of condolences.  I have sent one on behalf of all of us at Aussie Heroes..
ABLE SEAMAN CAMERON GREEN
May he rest in peace.