Post Views: 5
Those of you who have been around Aussie Heroes for a while will know that this is Garry Robinson.  He was,unwittingly, one of the reasons I started Aussie Heroes. Way back in 2010/11 he was in hospital at Mt Wilga and that is where he came to my attention.  I heard about him but did not meet him and his lovely wife, Katrina, till early 2013.  I am proud to say that they are both good friends of mine now.   You can read about Garry’s story in a recent article published here
Garry is about to take off again, with a team of other amazing people, to compete in the Invictus Games. 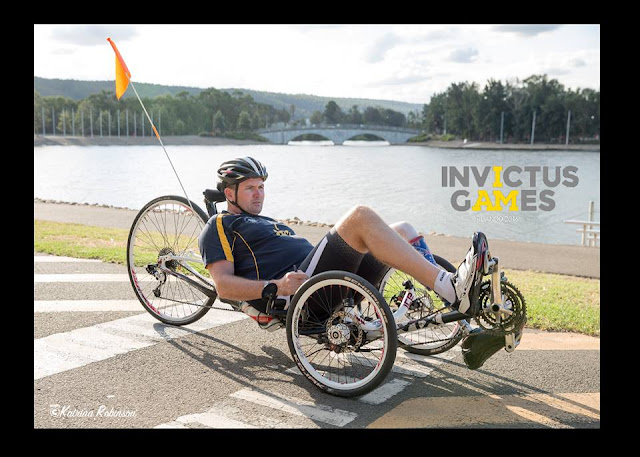 An Australian squad of 40 inspirational athletes is preparing for the 2016 Invictus Games which will be held in Orlando, Florida from 8-12 May 2016. 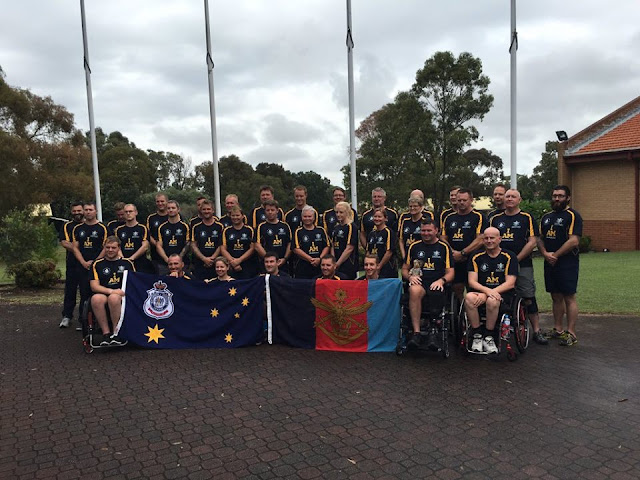 The Invictus Games is an international adaptive sports competition for serving and former serving wounded, injured and ill athletes. It provides a vital opportunity to support their rehabilitation and recovery.
The squad includes 20 Australian Defence Force (ADF) and 20 Returned and Service League (RSL) athletes.
“I congratulate the squad on their selection,” Assistant Minister for Defence, Michael McCormack MP said.
“Each athlete has an inspirational story of overcoming adversity and they are very proud to be representing Australia in Florida.”
Invictus means ‘unconquered’. It reflects the fighting spirit of our wounded, injured and ill personnel.
“The athletes have sustained a variety of physical and psychological injuries during their military service,” Minister McCormack said.
“I hope all competitors exceed their expectations at the Invictus Games and that this experience gives them renewed confidence to face future challenges in their rehabilitation.”
There will be competition in 10 sports including swimming, track and field, archery, wheelchair rugby and cycling events.
Australia’s involvement in the Invictus Games is part of a broader adaptive sports program sponsored by the ADF and RSL in which current and former serving wounded, injured and ill members participate in a variety of competitions, primarily in the United States and Canada.
The Invictus Games squad includes adaptive athletes across all three services; three representing Navy, 31 from Army and six Air Force members.
(source)
I am sure that you will all join with me in wishing Garry and all his team mates huge success in the games, in medals of course, but mostly in achieving more than they think they can and coming home Victorious.
Til next time…. keep spreading the word and Go Garry, Go Team Australia.
Jan-Maree xx