With the Centenary of ANZAC Day coming up it seems an appropriate time to write some posts on some of the medals that you will see our troops wearing as they march and commemorate such an important day.

Now I am no expert on the subject so I am drawing my information from the Defence Website which can be found here.  If anyone else should have time to write a post or two about the medals I would really appreciate it. I would particularly like to cover the medals worn by our Vietnam Veterans, and veterans from Iraq, The Solomon Islands, East Timor and any other earlier deployments and operations.

I am not sure how many medals there are in total but decided the best place to start was with the medal that I have and which I will be wearing with pride this ANZAC Day.
The Defence Force Service Medal. 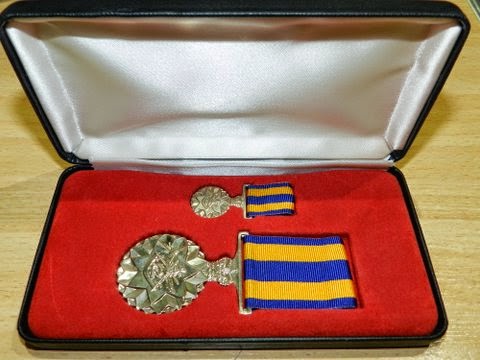 Mine came in the mail some months after I had left the Navy to become a full time mum.  The smaller version, or “miniature” is worn at formal occasions like Dining In Nights etc. To qualify for a Defence Force Service Medal a member is required to complete 15 years of efficient remunerated service prior to 20 April 1999 and must have been serving on or after 14 February 1975.
A minimum or 12 years in the Regular Forces and up to 3 years in the Reserves can be counted towards the medal.
Clasps are awarded for each further period of five years efficient regular service.  Reserve service and Continuous Full Time service in the Reserve does not qualify towards clasps for this medal.
From 20 April 1999 the Defence Force Service Medal was replaced by the Defence Long Service Medal.  Qualifying service for clasps can be accrued after 19 April 1999.
The medal is a cupro-nickel circular chamfered medal.  The front shows the Joint Service Emblem. 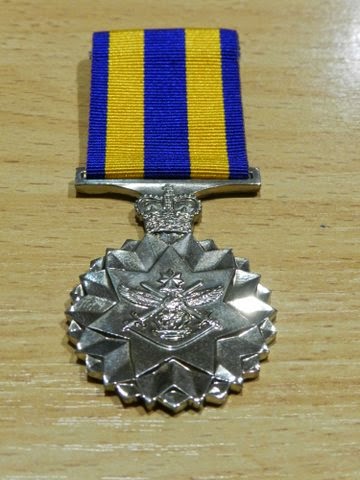 The reverse is inscribed with “FOR EFFICIENT SERVICE IN THE PERMANENT FORCES”  around the circumference.  In the centre my name and service number has been engraved. 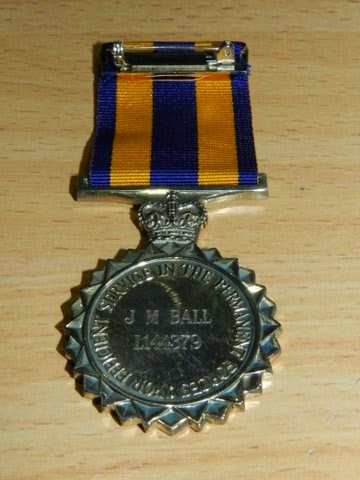 The ribbon has three equal stripes of gold and azure-blue edged with azure blue.  The colours were the national colours of Australia at the time of introduction.
The clasp is a cupro-nickel with the Royal Cypher flanked by sprigs of wattle in the centre.  When the ribbon is worn alone a clasp is indicated by the addition of a cupro-nickel round rosette or a silver miniature Federation Star.

The first four clasps to the medal are indicated by rosettes. These are replaced by a single silver Federation Star for the fifth clasp. Additional Federation Star emblems are added for subsequent clasps.

The other medal that I am eligible for, which I have applied for but which won’t arrive for some time due to demand given that this is the Centenary Year is the Australian Defence Medal.
The Australian Defence Medal
This medal was introduced after I left the services, hence the need to apply for it.
The Australian Defence Medal recognises Australian Defence Force personnel who have efficiently completed either and initial enlistment period or four years of service whichever is lesser, and all of the relevant service was after 3 September 1945.
This includes former Defence Force members who did not complete the qualifying period because they died in service, were medically discharged (based in individual circumstances) or left the service due to a Defence workplace policy of the time.  (For example, in the past a woman was required to resign on marriage.)

The medal is cupro-nickel.  The front has a stylised version of the Commonwealth Coat of Arms as used on the Australian Service Medal 1939-1945.  This is surrounded by the inscription “THE AUSTRALIAN DEFENCE MEDAL”  above a sprig of wattle.
The reverse has the inscription “FOR SERVICE” below the Crown of St Edward all surrounded by a wattle wreath. The use of the wreath acknowledges the sacrifice of those who have died in service or been discharged due to injury resulting from service, a secondary  qualification for the medal. 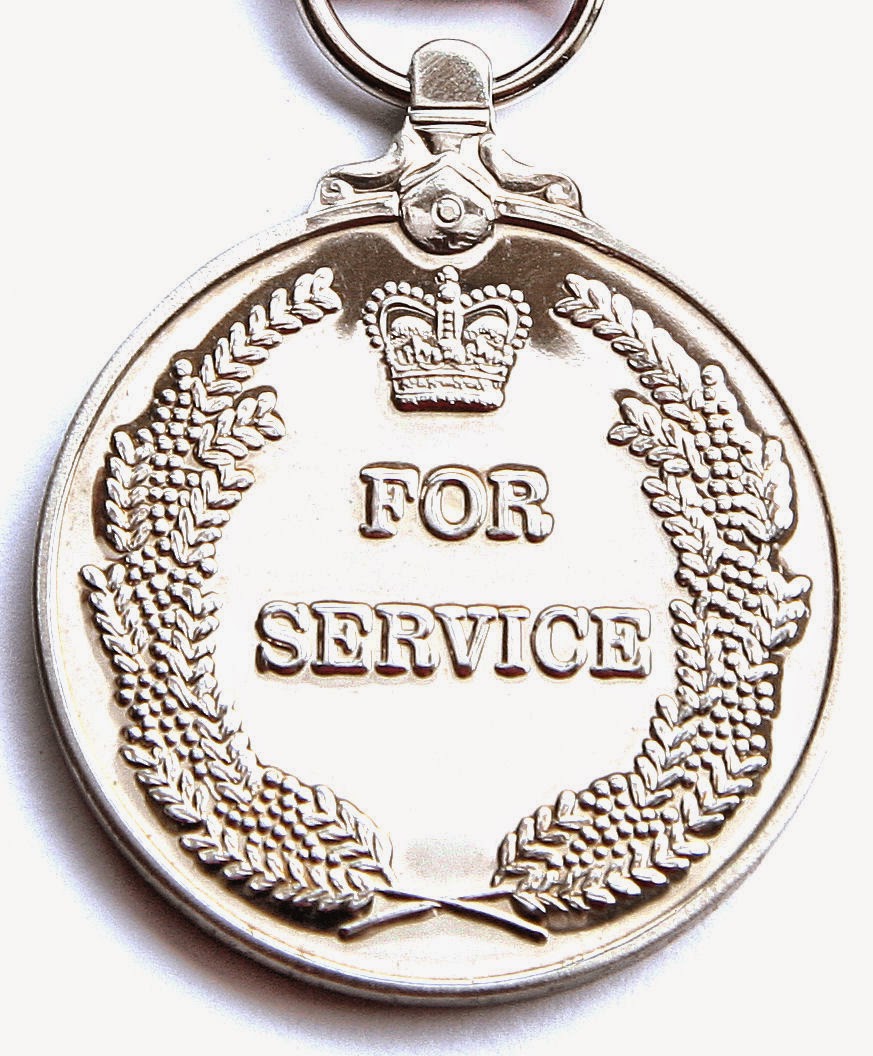 The ribbon is red with black edges, the colour of the Flanders Poppy that represent the Anzac spirit of the Australian Armed Forces.  The white strips divide the ribbon into three to denote the three Services and also represent the service contributing to the peace of Australia.
I hope to write more posts explaining the meaning and origin of the medals before ANZAC Day. I think it is really important that people can recognise the most common medals and some of the less common, but very important medals as well.
Please note, the medals, if earned by the wearer are worn on the left hand side of the chest – over the heart. If a family member is wearing their loved ones medals then they are worn on the right hand side.    I only wore my medal for the first time at the end of January this year. I had not really had the opportunity beforehand as I left the services shortly after I achieved 15 years, to raise my sons.  I was surprised to read recently that some of my female counterparts are often asked, when wearing their own medals over their heart, whose medals they are etc.  Please be aware that many many women over the years have earned the right to wear their medals with pride.
Also can I encourage you once again, if you see someone in uniform, please just quietly thank them for their service.  Don’t wait till ANZAC Day to do it. Do it any time you see them. You have no idea how much it will mean to them.
Till next time………………keep spreading the word and happy stitching!
Jan-Maree xx

← Prev: Don't forget you can pre-order your patches and pins..... Next: Medals Part 2 and Grati-Tuesday 31 March →