Post Views: 5
I know you will all join me in wishing Gail a fabulous time this week. She has flown the Aussie Heroes Coop and has gone to Brisbane to join HMAS Canberra for their Family and Friends Trip back to Sydney!
I did suggest that she pack her toothbrush so that she was ready to swab the decks but I am told that they have a full program planned for the so she probably won’t have time for such frivolity! 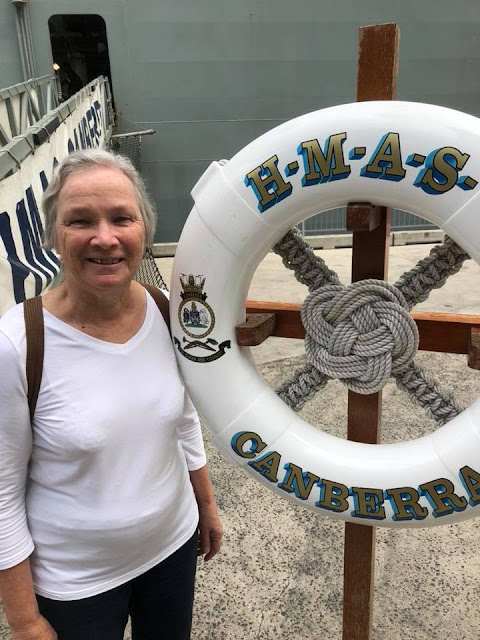 Gail will be hosted by none other than our Awesome Quilter At Sea, CPO Cath Harvey who many of you have come to know and love by now.
I suspect lots of fun will be had and lots of stories for Gail to tell when she gets back.
Wishing you all Fair Winds and Following Seas!!!
Jan-Maree xx